The Worms are Coming! 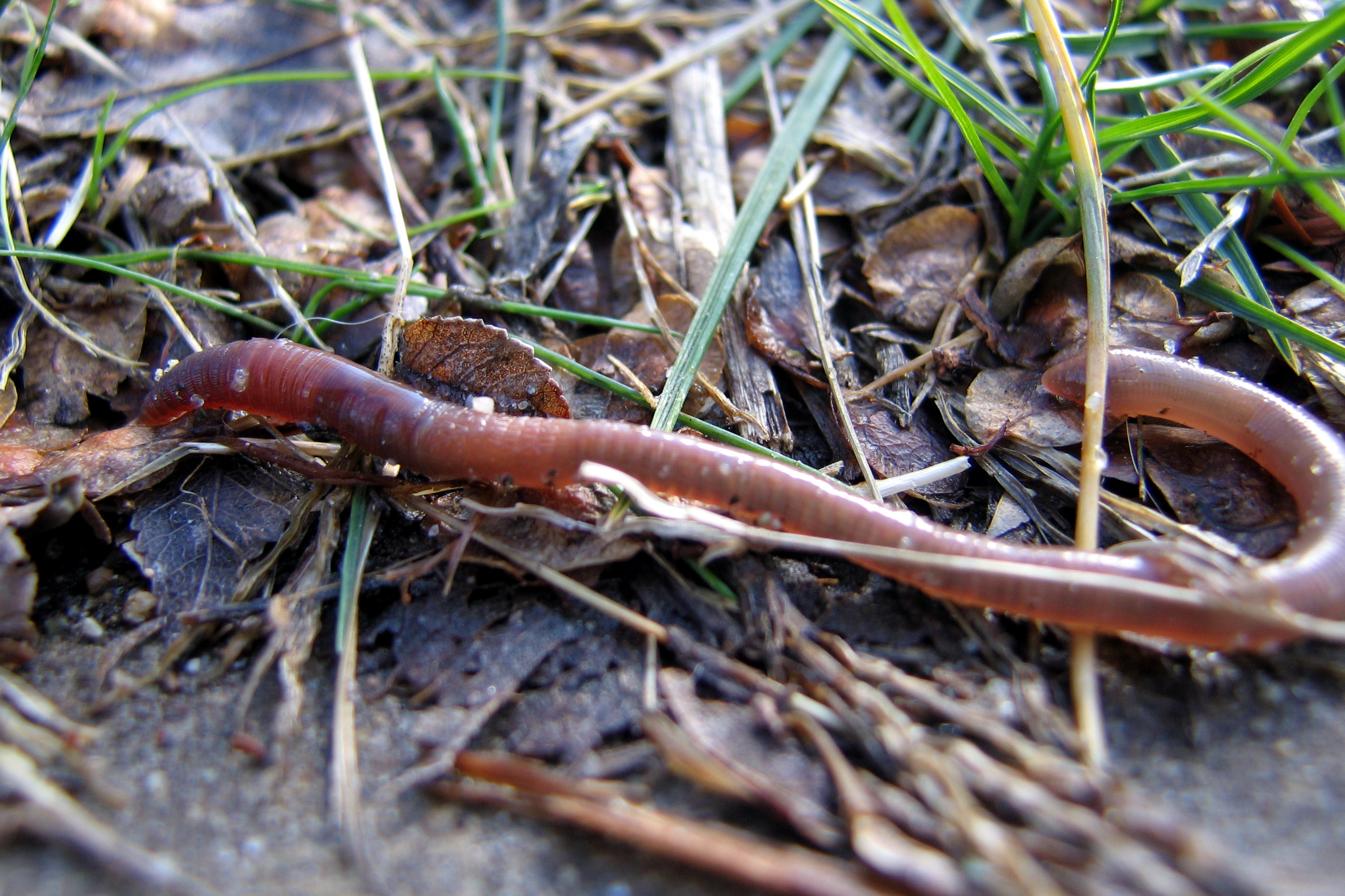 An earthworm Picture by s shepherd (schizoform on flickr)

When the topic of invasive species comes up, you might think of killer bees or zebra mussels or giant hogweed. But one of the most widespread invasive species is the earthworm. Ontario has no native earthworms. It’s only been a few thousand years since the province was buried under three kilometres of ice. When the ice retreated, and forests grew, the area had no earthworms.

We’re taught that earthworms are “good for the soil” – they aerate it and fertilize it. Well, earthworms benefit some plants, and aren’t so good for others.

Two hundred years ago, most of the forest land in Ontario was covered in a layer of leaf litter – a thick layer of slowly decomposing leaves. This litter protected the soil and provides good conditions for seedlings to grow. The Trillium grows well in these conditions. It’s good for creatures like salamanders, too, which can live in the damp areas beneath the leaves.

Worms have arrived in Ontario quite recently, probably around the mid-1800s. Nobody paid much attention to how they arrived, but it’s a good bet that they were brought by settlers, or in ship ballast that was dumped on land. We now have about 19 species – most of them from Europe, and a couple from the United States.

Worms eat leaf litter. They crawl out of their holes, grab a leaf, pull it down and eat it. It doesn’t take long before the leaf litter is gone, and the ground takes on a different look. They also change the acidity of soil, so native plants that once flourished may struggle. This, in turn, affects the species that have evolved to coexist with the plants, such as nesting birds.

The photo on the left is forest floor with no earthworms. The one on the right is an area where earthworms have been introduced. (Front Ecol Environ 2004; 2(8): 427–435)

They’ve invaded some areas courtesy of anglers, who bring worms to an area as bait, then dump them on the ground when they’ve finished fishing. The worms spread quite slowly – about a kilometre per century – but even at that rate, it doesn’t take long for them to fill the available space. A study in Alberta showed that earthworms, which are currently found in about 3% of Alberta’s forests, will occupy 39% in just forty years.